BOOK AN APPOINTMENT
blog
< Back to all blog articles

Sam Davison is the Principal Physiotherapist at Barangaroo Physio and has been working as a physiotherapist since 2009. Her predominant interest and experience lies in lower limb recovery. During her time as a physiotherapist, she has worked with a number of orthopaedic surgeons developing post-operative protocols. She started off as a physiotherapist in the UK where she worked in hospitals under various divisions such as stroke, paediatrics, rheumatology and amputations. Outside of work, Sam enjoys being outdoors, scuba diving, hiking and discovering everything Australia has to offer!

Why did you decide to become a physio?

I used to train a lot in taekwondo when I was in the England team. We used to train 6-7 times a week which was fairly intensive. There was a particular part of my training which was to train our power, we were required to do jumps over certain heights, some flying side kicks to break boards. My practice would often be very heavy in running, jumping, landing and lots of repetitions over a long period of time. Because of that, I developed severe shin splints in my legs at 11 years old. Subsequently, I saw a physio as a result of that which sparked my interest in physiotherapy.

I was really interested in the role of physios at the time so instead of going to school during my GCSEs, on a Wednesday afternoon I spent my time working at a hospital in their outpatient department. Volunteering as a physio taught me a lot, it taught me the basics of working in a ward environment. In inpatients, we would see total knee replacements (TKR), total hip replacements (THR) post op. In outpatients I saw them apply ultrasound, acupuncture and develop small training programs which was really interesting and that gave me the stepping stone to get into university and the rest is history. 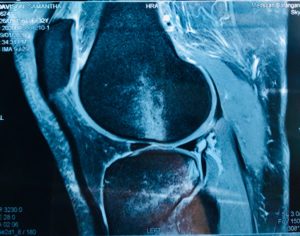 Seeing as you have practised in both the UK and Australia as a physiotherapist, how does it differ?

I do not think there is any perfect health care system worldwide. Australia and England are 2 very similar countries in the sense where lots of things are fairly similar, but the healthcare system is very different. In England, I worked primarily in the NHS (national health service) which is a free healthcare system and I worked in the hospital setting. This meant that we often had a very long waiting list and there were often huge delays which lead to a lot of cancellations and unfortunately it also meant that people took a lot longer to get better.

In Australia, working in private practice, I felt like I had to deliver a really good experience and level of healthcare to my patients. I think ultimately you are sort of known over here for how good you are at making a difference to people’s lives. So, I worked really hard on developing my skills and communication so that I became known in Australia and built lots of relationships with loads of local sports people, gyms, surgeons and sports doctors and developed my niche in the lower limb world.

One thing that used to frustrate me about working in Australia is how difficult it is for someone to access really simple healthcare services. I certainly do not know everything there is to know about the healthcare system here but there are certain things that seem quite time consuming. If I can transfer money to someone else’s bank account from my phone in a matter of seconds, it astounds me how complicated it is to get something like an MRI.

So one thing we have tried to do here at BOSIC is to deliver a multidisciplinary, innovative, seamless, collaborative space where anybody can come in with any injury, pain or problem and we will have somebody in the clinic that is generally able to help. We can also access orthopaedic surgeons, specialist sports doctors and imaging is all very easy and within close proximity. So if someone comes in for one thing, instead of going to 3 different specialists, or 3 different centres to manage a particular injury, we can do all of that in 1 facility which has been amazing. We really see the speed in which healthcare can be delivered really well and also the outcomes we get from everybody working together.

Let’s talk more about your speciality, lower limb injuries, do you have a particular area you like to treat?

I would probably go for the knee, I have worked quite a lot in pre and post operative knee rehab injuries. In Leeds, I used to look after a lot of university students that would need ACL, meniscal, patella reconstructions and everything and anything in between. Ultimately, that is my primary work here in Australia.

Unfortunately, I was a victim of my own demise and ended up having a big ACL and meniscal reconstruction just a few months ago. So I now know how to rehab it but I also know what it is like to go through that process on the other side of being a patient. It is certainly a lot more painful than I thought, so I now have a lot more empathy for my patients. 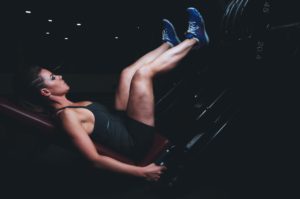 So as someone who has been through an ACL reconstruction, what is one thing that you’ve learnt through the experience?

I would say it is hard and that it is a hard process where you have to put a lot of work in. It is not the sort of injury where time is a healer. Ultimately, things generally feel better with time but I am still astounded as to how much strength I still do not have despite putting so much work in. That has been sort of my biggest take home, is that even 8 months down the line, certain things still feel quite challenging and certainly from a muscle bulk point of view, it is still not quite there.

You get told it takes 9 months to rehab in the literature but in reality, it is a much longer process than that and you have to work really hard at it and you have to kind of dedicate time to getting it back to how you want it. I think that is my biggest lesson, is that you do not just do a few exercises for a few weeks it is sort of a really long term rehab process.

Now that we have spoken a little about the ACL, is there another knee injury that you enjoy treating?

Uhm, a lot of physios are not as into the knee as I am and a lot of physios generally prefer treating spinal patients. I think just because I have had so much experience with the knee, I have sort of seen all the weird and wonderful problems as well as the very common sort of problems.

I like a really challenging knee patient where it is a little outside the normal, a slightly more complicated knee to really challenge me. But it is just making it really specific to the individual where I can have a sort of 65 year old who just wants to get onto a scooter with their grandson or a marathon runner or somebody who wants to lift a hundred kgs in the gym or someone who just wants to hike a hill and everything in between, so I guess I really like giving people that really targeted approach to their goals.

What are 3 things you think everyone should know about their knees?

If you would like to learn how to deadlift to strengthen your hamstrings, you can view our blog HERE.

Lastly, Is there anything else you’d like to add?

If you have been struggling with knee or lower limb injury for some time and you have not sort of gotten to the bottom of why it is there, I am more than happy to have another look or another opinion. These injuries even though it does not seem like a big deal or is just like a niggly problem, it can prevent us from doing what we want to do. The quicker we look and sort them out, the quicker you can get back to being pain free!

Vanessa is the go-to physio at Barangaroo Physio. If you would like to read about how to strengthen in and around the pelvis to keep your knees strong, click here. If you have a niggle that is not going away, if you have any questions or want to know if we can help, give us a call at 8599 9811 or book in here.

Hamstring Strain Recovery
By gpaadmin
Outline Our Hamstring muscle makes up most of our thigh muscle. At the back of our leg it crosses both our knee and hip joint. Because it crosses two joints, it’s primary action is to flex (bend) the knee and extend (bring leg back...
3 Steps to Netflix and Chill with Ease
By gpaadmin
The What According to recent studies on average we spend 71 minutes if not more on Netflix per day. However, when we find an addictive show we all spend 2 hours, maybe 3 hours sitting down. Long and behold there’s a greater chance of low ...
Types of runs for distance runners
By gpaadmin
By Physiotherapist, Paulina Backiel Introduction Are you interested in changing up your running routine? Perhaps you are training and are looking to add more challenging types of runs into your routine. Here, Paulina is going over all of th...
BOOK ONLINE NOW